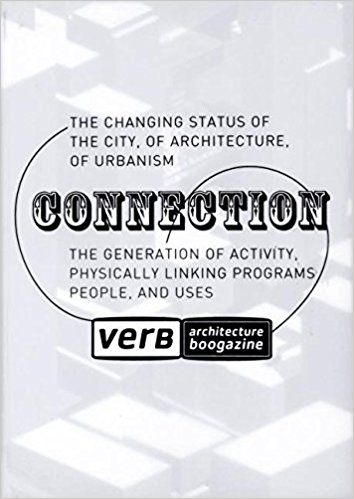 The third issue of Verb boogazine is about the changing status of the city in the electronic era. Connection looks at the impact of electronic technology on new forms of urban reality, which are generated by new phenomena that affect all aspects of space and the experience of living in these new urbanisms. Faced with an increased blurring of the distinctions between the physical and the informational dimension of cities, we explore the relation between virtual connections - the effect of digital networks on the spaces and uses of the city - and the persistent role of architecture in creating physical connections between people, programs and uses. Featured works and texts: OMA, Atelier Bow-Wow, AUDC, PLOT. Featuring the Palast der Republik story in Berlin, Chip City by Shinobu Hashimoto and Rients Dijkstra, and Sim City, which contrasts the real city (the product of virtual processes) with virtual cities (created by real people, via computer-based simulations).