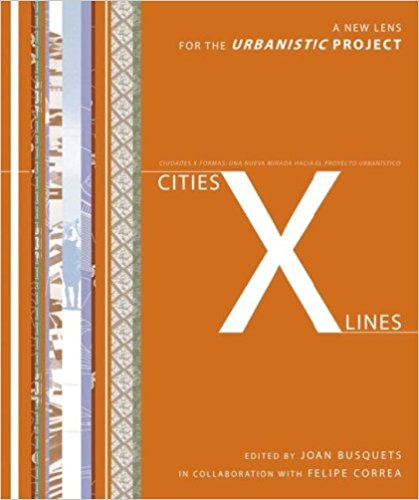 This publication documents three years of faculty research seminars at the Harvard Graduate School of Design that focused on the development of a pedagogic taxonomy to frame the methods and tools with which designers currently shape cities and open territories.

The work documented in the catalogue presents the significant shifts designers have made in their projection of the city. Over the past three decades, new techniques in working the built environment have been deployed in multiple settings, interacting with a wide array of cultures, scales and intensities. Furthermore, the notion that urban grounds can be successfully refurbished is gaining clout rapidly, while the innovative nature of these interventions is creating spaces of an unprecedented urban quality. The scope of Cities: 10 Lines focuses broadly on:

This investigation frames the role of the designer in the built environment as well as possible strategies and/or actions that can be taken upon encountering different projects and contexts. Furthermore, Cities: 10 Linesserves as an additional initiative to develop a stronger urban culture that is more attuned to a post-industrial condition and acknowledges its inherent potential for unprecedented forms of urbanity. The catalog documents the most significant, worldwide case studies of each approach and traes back to precedents and referents, establishing a theoretical framework and critical assessment of each line of work.