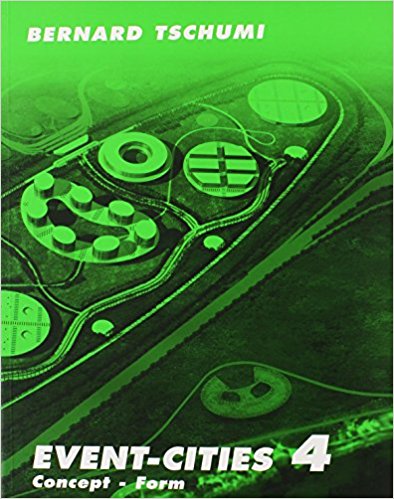 Event-Cities 4 is the latest in the Event-Cities series from Bernard Tschumi, documenting recent built and theoretical projects in the context of his evolving views on architecture, urbanism, and design. Event-Cities C4 follows directly from the work of Event-Cities 3, which examined the interaction of architectural content, concept, and context. This volume takes the interaction a step further, looking at a series of projects for which program or context are insufficient as a generative conceptual strategy, hence requiring a different approach. Tschumi has said, "Over the past years, there is one word I have almost never used, except in order to attack it: 'form.'" In Even-Cities 4, Tschumi introduces the "concept-form": a concept generating a form, or a form generating a concept, so that one reinforces the other. The concept may be programmatic, technological, or social. The form may be singular or multiple, regular or irregular. Concept-forms act as organizing devices or common denominators for the multiple dimensions of programs and their evolution over time, and drive the projects featured in this book.Highlights include master plans for a pair of media-based work spaces and cultural campuses in Singapore and Abu Dhabi; a major master plan for a financial center with 40,000 projected inhabitants in the Dominican Republic; the innovative Blue Residential Tower in New York City; a group of museums and cultural buildings in France, Abu Dhabi, Dubai, and South Korea; a pedestrian bridge in France; and a "multi-programmatic" furniture piece, the TypoLounger. The book contains more than twenty of the Tschumi firm's recent projects, showcasing the most current and forward-looking designs of one of the world's leading architectural practices.