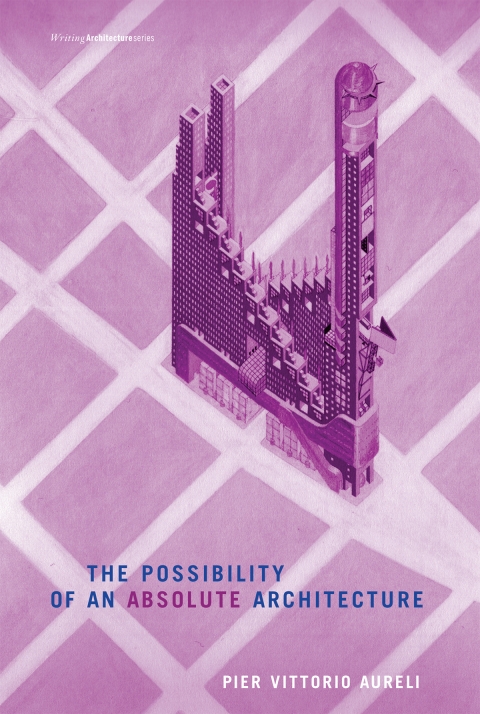 In The Possibility of an Absolute Architecture, Pier Vittorio Aureli proposes that a sharpened formal consciousness in architecture is a precondition for political, cultural, and social engagement with the city. Aureli uses the term absolute not in the conventional sense of "pure," but to denote something that is resolutely itself after being separated from its other. In the pursuit of the possibility of an absolute architecture, the other is the space of the city, its extensive organization, and its government. Politics is agonism through separation and confrontation; the very condition of architectural form is to separate and be separated. Through its act of separation and being separated, architecture reveals at once the essence of the city and the essence of itself as political form: the city as the composition of (separate) parts. Aureli revisits the work of four architects whose projects were advanced through the making of architectural form but whose concern was the city at large: Andrea Palladio, Giovanni Battista Piranesi, Étienne Louis-Boullée, and Oswald Mathias Ungers. The work of these architects, Aureli argues, addressed the transformations of the modern city and its urban implications through the elaboration of specific and strategic architectural forms. Their projects for the city do not take the form of an overall plan but are expressed as an "archipelago" of site-specific interventions.