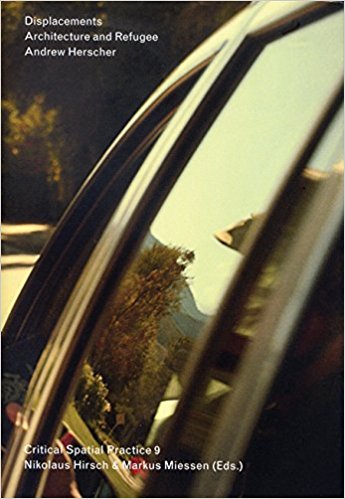 Author and urban theorist Andrew Herschers Displacements: Architecture and Refugee, the ninth book in the Critical Spatial Practice series, examines some of the usually disavowed but arguably decisive intersections of mass-population displacement and architecture an art and technology of population placementfrom the 20th century to the present. In architectural history, just as in global politics, refugees have tended to exist as mere human surplus; histories of architecture, then, have usually reproduced the nation-states exclusion of refugees as people out of place. Posing the refugee as the preeminent collective political subject of our time, Displacements attempts to open up an architectural history of the refugee that reflects on the history of architecture and the history of the refugee alike. Herschers publications include Violence Taking Place: The Architecture of the Kosovo Conflict (Stanford University Press, 2010), The Unreal Estate Guide to Detroit (University of Michigan Press, 2012) and, coedited with Anooradha Iyer Siddiqi, Spatial Violence (Routledge, 2016). Herscher is a professor at the Univ. of Michigan, Taubman College of Architecture and Urban Planning.