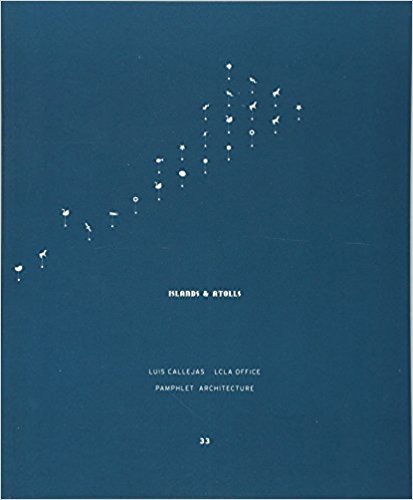 The competition for Pamphlet Architecture 33 asked previous authors in the series to nominate the architects and theorists whose work represents the most exciting design and research in the field today. The first of two winning entries (the other will be published in fall 2013 as PA 34) was submitted by Luis Callejas of LCLA Office in Medellin, Colombia. Pamphlet Architecture 33: Islands and Atolls asks how architecture might critically repurpose its traditionally limited disciplinary tools in order to make a meaningful impact at a territorial scale. Functioning as a landscape architect in a country that has no infrastructure for such a profession, Callejas questions pedagogical, disciplinary, and political norms at macro levels using micro tactics. As a result, PA 33 provocatively expands devices such as repetition and aggregation beyond their limits in scenarios where sociopolitical constraints seemingly prohibit what would normally be understood as an architectural intervention.