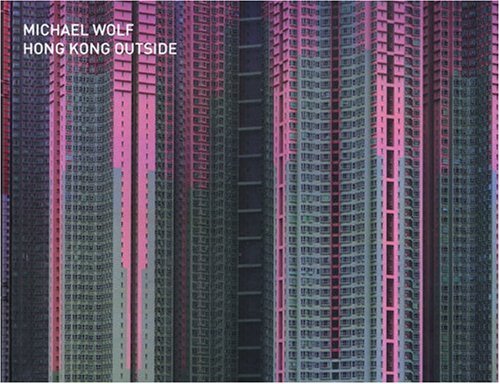 When Michael Wolf's photographs first emerged in the 1990s they predated any online fascination with large scale photography and other-worldly architecture. Depicting the dense urban structure of Hong Kong - where Wolf went to live in 1994 - the 'Architecture of Density' series, currently on show at London's Flowers Gallery, veers between the inhuman size and monolithic repetition of the city's apartment complexes and the intimate details of the lives lived within them.

We've become rather blasé about high-rise culture, but in the past three decades Hong Kong has consolidated its status as one of the densest - and dearest - urban centres on the planet. Wolf's project began with a strict focus on the relentless uniformity of the city's façades, their monotony barely alleviated by splashes of colour and only humanised through the initially imperceptible details - an open window, a string of washing.

At the same time, his camera captures the inevitable chaos that emerges from the order - the random installation of essential air conditioning units, for example. These are paired with smaller images of the everyday, be they shrines, street-side store cupboards or simply the evidence of daily life carrying on in between the seams.